Card with Ballerina Bulldog and crown. Silver with white motif.

Be the first to review “Card, Ballerina Bulldog with crown” Cancel reply 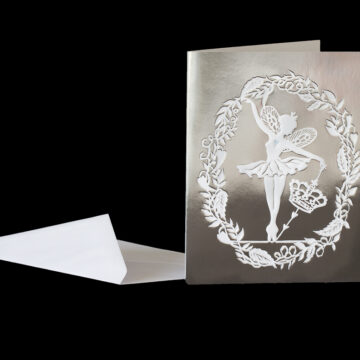