You have your own power tools too – remember to use them when needed.

The beautiful Ballerina Bulldog mobiles are available in several variations in black and white. The concept is developed by Bit Vejle, psaligraph and founder of Museum for Paper Art.

Be the first to review “Ballerina Bulldog with cupcake” Cancel reply 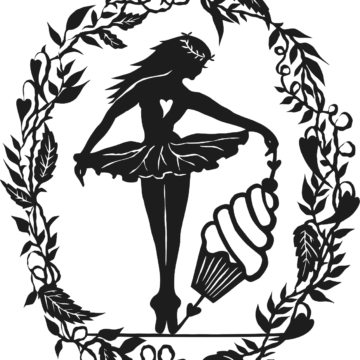